Maybe I Should Get The Flu More Often! 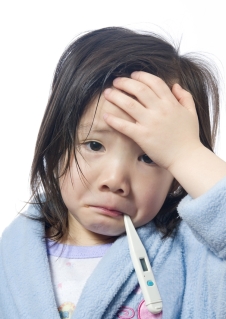 This last week was a terrible week and a great week all in one. Last weekend I started to feel under the weather and by Sunday evening I was down for the count. I did not get out of bed for 4 days! Bleh. I missed two days of work which I always feel terrible doing. I always feel no one believes you. I tried to go in on Wed morning but the crew took one look at me and sent me back home. This flu was a nice weight loss program though! Just kidding. But somehow in between my sleeping and occasional sips of chicken broth there were things happening around me that were great. All related to shooting.

A couple of weeks ago, I had almost forgotten about it, I sent an email to Leupold optics asking them if they wanted to provide me with a scope to use on my rifle for the up and coming Boomershoot 2012. Hey it doesn’t hurt to ask, right? Shelley Rae and I are a 2 woman team sponsored by ESS Eyepro. They are paying us to go shoot things that explode! Well I received an email from Leupold on Monday that they are going to send me one. A VX-3 8.5-20x50mm. How cool is that? I had a very generous friend Ken that loaned me his Weaver scope if I could not get one otherwise. But this is a great way to be introduced with the Leupold gang and start a relationship with them. The Stable Table that ESS ordered for us arrived in the mail. We will use this as our shooting bench at Boomershoot. The seat and table can rotate on a super stable base. Next, my shotgun is nearly done being altered by my gunsmith Jim Corolo from West Coast Armory.

As I mentioned before Jim has sealed up the loading gate “devil prong” as I call it and is beveling out the loading well opening so it is wider and leads the shells right in. Yea! JP Enterprises might be able to get my rifle in time to shoot it at Nationals next month in Vegas. Yea! It is going to be a beauty of a rifle too. Don’t worry, I’ll be posting lots of photos. My contract with Nosler was signed and I should be receiving my first  batch of about 4000 bullets of .223 and .308 and they are sending me 500 rounds of match grade 168 grain .308 ammo for Boomershoot. Yea! In my boredom this week I searched for a company that had a good selection of patterns to coat my shotgun with. Better yet could copy a pattern that I have in mind. I found a company in Spokane called Liquid Transformations that does coating for anything from guns to cars and cabinetry, you name it. There are tons of companies in our great NW that are related to the shooting world. They have over 100 patterns to choose from. They do a “dipping process”. Many companies offer gun painting but usually the patterns look like they are sponge painted on. They look terrible and all the same. Liquid even has a live cam of there work shop and if you are lucky you can catch them working on a project. I hope to get to Spokane soon and take a tour of their facility and film it. They said they will give me the VIP tour! Maybe by then I will have an idea for my shotgun and can watch them “dip” mine. Of course the pattern I want is not in their selection and would take a few more bucks to create it. I’ll have to think about that. Another good thing that happened is that a business idea popped in to my head two weeks ago and that is looking better this week.

An idea sprung to me of an internet business related of course to the gun industry. Believe it or not this angle is not out there yet. Well, it is but my version is well, different. I know, that is what they all say. Of course I can’t mention it yet. But the select people that I have told think it is great. I don’t think they were humoring me. The domain name I want was available so I bought up every version of it. My fabulous friend and graphic designer Jennifer of Yellow Paws Design who has done all of my business logos, etc is working on my design. I hope to be successful enough to hire Shelley-Rae to be my content and promotions guru. They always say to delegate out the work you can’t do well to those who do. Find good people. These two ladies are the best at what they do. I know it is not fair to talk about this neat idea if I am not telling you what it is right? Well, too bad. You will have to wait. And last but not least an interview for a pitch of a tv show.

I have a good friend who’s boyfriend is a freelance producer for many of the popular reality tv shows out there on some of the major cable networks. For months I had been throwing ideas out of topics that are not yet covered or are covered poorly of women and guns. Well he called me and is going to interview me and some of my other lady shooting pals to pitch to some networks. There is nothing guaranteed and could fall flat immediately. But I still think it is exciting! These are all little things by themselves. But I realized as I was complaining about how miserable I was all week that I had so many blessings at the same time. I will gladly take the good with the bad in this case.