Could it All Be In My Head? A Mental Game 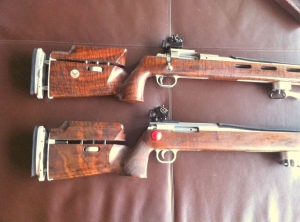 My Palma rifles – Hall action on top and RPA on bottom. Stocks made by Jim Cloward.

Here are my two beautiful Palma rifles. One is working for me really well and the other is not. At the moment. The one that is not working for me at the moment is the one that I performed so well with last year with my national record and the BC Championship and more. If you are curious which is which in the photo, the top one is my Hall action and the lower one is my RPA action. The RPA was the golden child last year.

After my win of the BC rifle championship end of July last year I went straight to Camp Perry for long range nationals. My streak abruptly ended. Shots were not landing where I called them. At local matches and the 29 Palms match after that the same thing happened. I could not hold any shots in the middle. How quickly the mighty can fall! Humbling. Now I do know that one can’t be at the top of their game every single time. But it was such a drastic change that I felt something had to be wrong with my equipment. Turns out two of the firing pin washers were broken. I had them replaced and out I went again. Even since I still have had very wide groups and random flyers. I tested different loads of ammo, different positions, sling positions and everything I could think of! I also ordered a new front Right Sight that has a larger app. What a difference that makes in your sight picture! Still did not help though on the RPA. The round count on this barrel is about 3100. High but not finished. But that could be a possible problem if this one barrel decided to call it quits sooner. Disgusted, (not sure if it was of myself or the rifle) I switched to my Hall. Please understand that I know my RPA is still an outstanding rifle. I just need to figure out what needs to be tweaked or changed. Mentally I needed to make a change.  I used the Hall for the last match in Oregon in May and with this one I was having odd shots as well. Now I was convinced it was in my head and perhaps I am just experiencing the “yips”.  A golf term of a mental break down of your stroke. I thought I would have an annual check on the firing pin spring in this action as well after I realized I have never done that since I have owned it. (Apparently you should change those out once a year just because) Sure enough the sear was broken and the trigger housing was messed up to the point that Allen Hall demanded I send the action back to him to put it back together. I also ordered and had installed a new CG X-Treme trigger

and used the rifle this last weekend at a match. I could not miss! 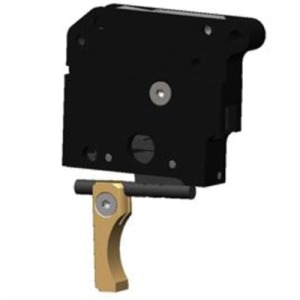 My new CG X-treme trigger and I shot it last weekend at a local 500 yard match. I could not miss.

I had 13 X’s in a row on the first string. Is it in my head? I cleaned the next two strings with decent X counts as well. I was trying to notice if I was doing anything differently that would help me perform better. Who knows. All I know is that I came off the line with a new set of confidence. I am taking this rifle to BC this weekend and to Perry the week after. Even if I can blame it on the equipment I have learned that the smallest details can mess with your mental confidence. My shooting jacket is getting a little tattered, my glove has seen better days but I won’t change a thing. Especially not before a big match. Head games. Or perhaps it is superstition?

3 Responses to Could it All Be In My Head? A Mental Game